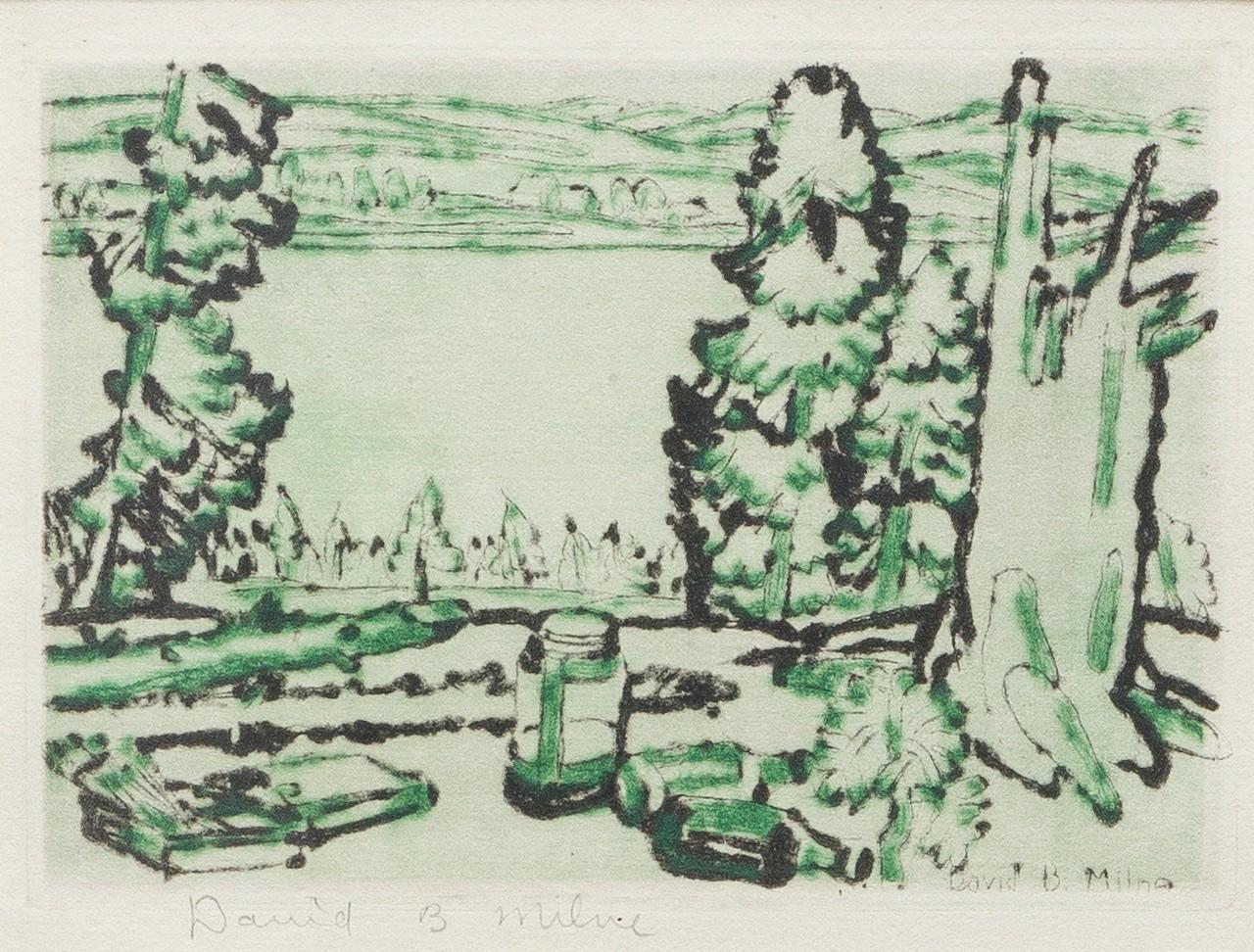 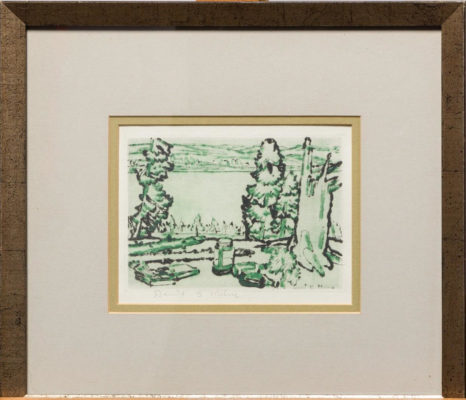 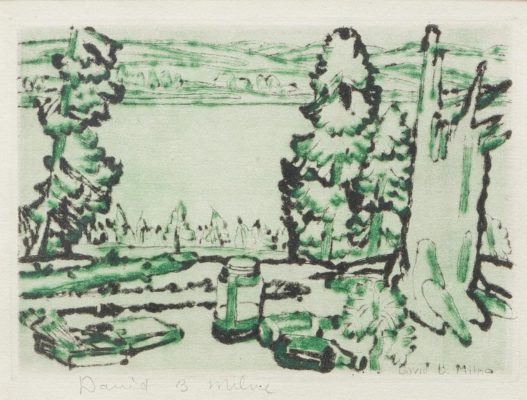 “Painting Place” was commissioned and published by The Colophon in 1931, Part V in a total edition of 3000 to 3100 impressions. Printed in 2 colors from 2 plates Milne printed the edition himself, reworking the plates through 8 states (the raisonné lists 6 states ). The estimated size of each state was between 300 and 350 impressions. They were usually printed with plate tone (tint) which will vary from image to image in strength of color and the mixture of green and gray inks. He used about 8 sets of plates for the printing.

Milne was paid $600 for the project, which he printed and signed and which took over a year to print and the project was taken by him for that reason. The original order was for 2000 impressions, but it took him too long to print it to include it in the 1930, Part 4 edition. The edition size was increased by an additional 1000 impressions and an extra 100 were done in case of damage. The print was published by The Colophon under the title “Hilltop.”

Painting Place came about by accident. David Milne, had set out for a long walk near his home in New York State in 1926. He took a nap on Gambles Cliff above Big Moose Lake, and reported that ‘The first blink on waking, before I lifted my head, introduced the frame.’ The image was later reworked in three paintings and several prints, including this one, which was produced in 1930. Milne made this print using a unique method of printing in colour from superimposed plates that he developed. He removed the excess ink from his plates with a rag, leaving an uneven texture on the plate. By varying the wiping, each print becomes unique, with the wiping residue from each plate remaining as random flecks of colour. (source: British Museum)

signed in the lower margin 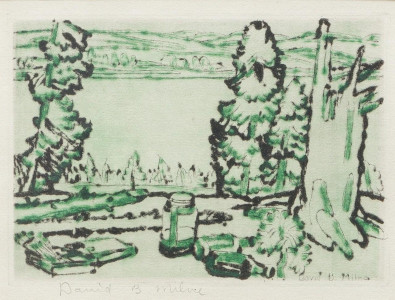