Artwork of the week

Born in Rivière-Pentecôte, Claude Le Sauteur studied at the École des beaux-arts de Québec under the supervision of Jean-Paul Lemieux and Jean Dallaire.

Rooted in the Charlevoix region, which he loved and which inspired him, he has contributed in a special way, through the donation of silkscreen editions, to the cultural and social development of his community by participating, among other things, in the fundraising activities of the Papeterie Saint-Gilles , the Historical Society, the Regional Museum and the Fondation du Center hospitalier de Charlevoix.

This artwork of the municipality Petite-Rivière-Saint-François of Charlevoix region of Quebec demonstrates his preferred style: flamboyant colors in which landscapes and characters intertwine composed of clear lines and stretched masses which require a second glance to capture his vision. “Le profile de La Petite-Rivière” captures the reconciliation of man and nature – one of the leading themes of the artist. The canvas depicts a classic view of the hills of the region. A marvelous patchwork of fields in shades of green and mountains in blue draw the viewer’s eye from the movement of a walking men with exaggerated leaning body forward to the viewer. 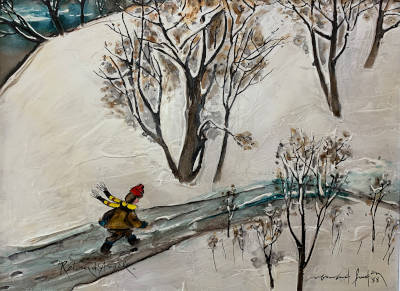 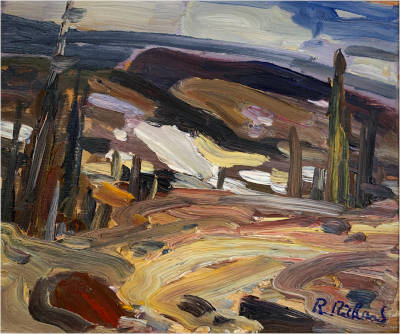 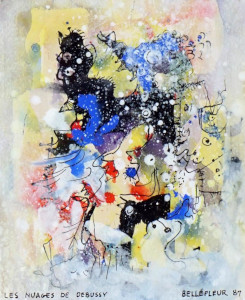 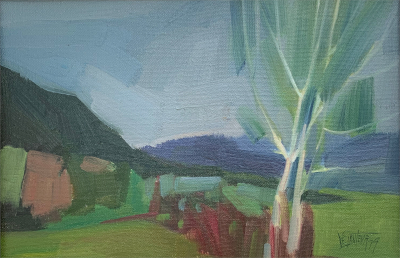 Claude Le Sauteur
La sentinelle
Oil on canvas
8 x 12 in
20.32 x 30.48 cm
1500
Subscribe and enjoy 10% off your next purchase
Join our email list & be the first to know about new arrivals. You may unsubscribe at any time.

Carefully selected collection of paintings and limited edition multiples by Canadian masters who have contributed to the history of Canadian art​.

Henri Léopold Masson combined his narrative abilities with a fluid Group of Seven style. He lived in Ottawa from 1921 and began exhibiting nationally in 1938. His themes reflect his belief in the unity of nature and art. Cityscapes and landscapes reveal a sense of place and time. Masson used a loose, vigorous brush style in many media. His best works are full of detail and movement, with a broad range of colour, and convey a sense of immediacy to the viewer.